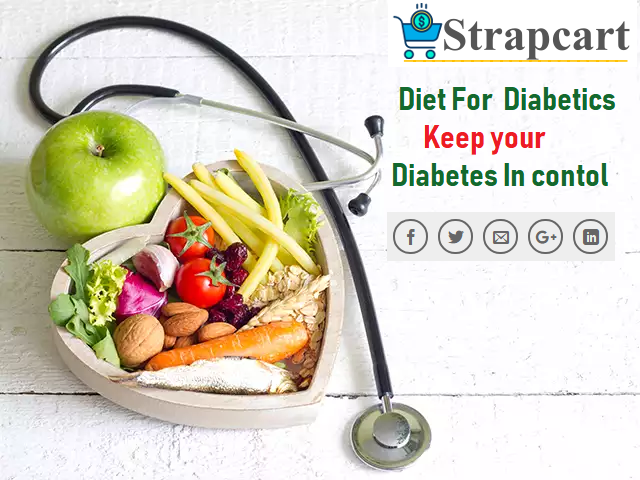 You probably might find spinach extremely bitter, and it is may not be one of your favorites.

But believe me, it is considered one of the superfoods in the diabetic diet.

The high fiber, folate, iron, lutein, protein, and calcium content in spinach are the things which make it a superfood with superpowers.

Even if you eat a large quantity of these water-soluble vegetables, it will add only a negligible amount of sugar to your blood.

So, add it right now to your diabetic diet chart.

It turns out the American Diabetes Association has connoted spinach as a power-food for type 1 and type 2 diabetes.So what is it that makes it such a crucial ingredient for a diabetic diet?

It helps in pulling the strings of blood sugar.

As it is rich in fiber, you get ample time to digest it completely.The advantage of which is it will not hike up your blood sugar level instantly.

It is also a non-starchy veggie which makes it a great food having the least amount of effect on blood glucose levels.

In fact, the soluble fiber in it assists in reducing the sugar level in blood and controlling diabetes.

Every cup of cooked spinach has around 4 to 5 grams of fiber.It is also a low-glycaemic index food.

Any food which is low on GI is known to have a very minimalistic effect on blood sugar level.

To conclude, you can add to your diet as much greenery as you want without worrying about increasing sugar level and a bonus is that it will keep you fit.

To fight the oxidative damage in the body antioxidants come to the rescue. [1]

It is advised to intake a lot of natural antioxidants if you have diabetes.What can be better than green spinach to act as an antioxidant?

It has been studied that spinach contains alpha lipoic acid which is revealed as a great antioxidant.

It is also well known for treating diabetic neuropathy.

When the nerves get badly affected as a negative impact of diabetes, you tend to experience seizures or pain in various parts of the body.This condition is termed as diabetic neuropathy.

Along with proper medication, spinach is a natural remedy for diabetes which really doesn’t have any side effect and will only do you good.

Deals with ‘blood pressure’ – A deadly threat for diabetic

Diabetes and high blood pressure or hypertension are always linked to one another. [2]

Having both of them together heightens the chances of fatal diseases.

High blood pressure often adds up to the chances of complicated medical situations every day in diabetic patients such as eye problems, kidney diseases, and heart problems.

Spinach works like wonders for keeping the blood pressure stable.People suffering from hypertension have agreed to the fact that spinach has benefitted them in unexplainable ways.

The blood pressure usually levels up when the quantity of sodium is high in your body.

The potassium content in spinach negates the effect of sodium and never allows your blood pressure to rise to a risky level.

If you have diabetes, you are most probably already exposed to hypertension.

Diabetes is a deadly disease which damages the arteries to an extent where they become hard and narrow.

It, in turn, blocks the blood flow through them resulting in high blood pressure.

High blood pressure if not recognized and treated on time might even lead to heart attack or kidney failure.

Next time you go for grocery shopping do not forget to pick up a bunch of spinach as it will be the most beneficial item in your menu if you have diabetes.

Leave us your comments on how this magical veggie has had a positive impact on your health.