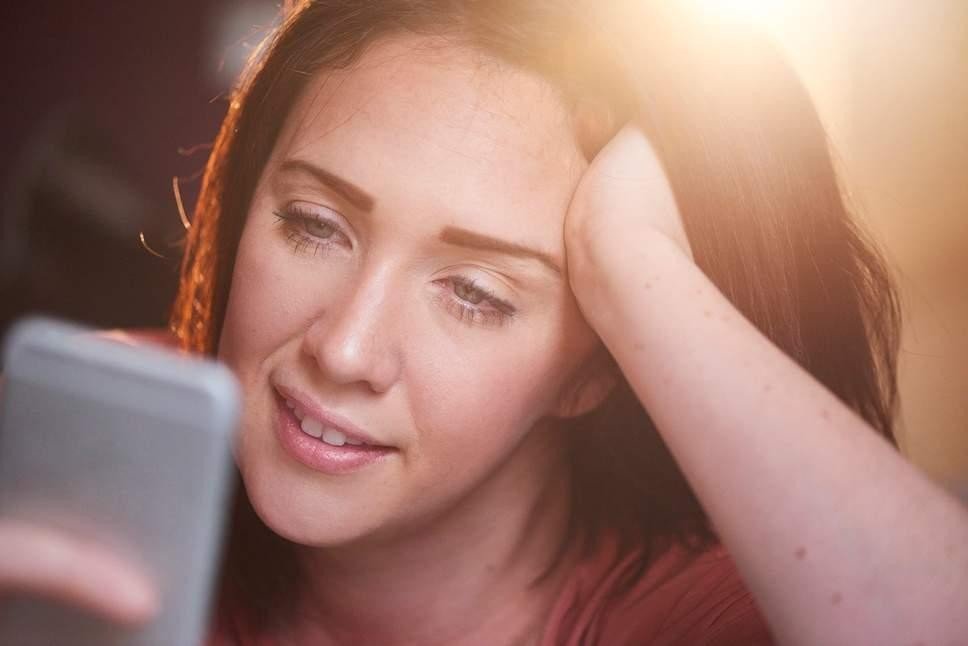 Dating has—thankfully—come a long way. “Women now pay for their dates, women now drive their dates, women now chase the guy,” says Susan “Honey” Good, founder a website for sophisticated women over 50 (speaking of over 50, here are 10 essential strength-training moves you absolutely must do if you’re 50 and up). “The rules of the dating game have changed 100%!” We second that. We turned back the clock and talked to dating dynamos who navigated the relationship waters long before Twitter and Tinder. Read on for the old-school rules that don’t stand a chance in today’s swipe-right culture.

In the 1950s it was unheard of, even scandalous, for a woman to initiate the dating process. “A young girl never asked a boy on a date,” says Good—no exceptions. So how did this go over with gals? “You’d meet a guy, give him your phone number, and then sit and wait for the phone to ring until he called,” says Roberta Ziegler, a 78, from Scottsdale, AZ (check out these 5 ways relationship experts keep their own marriages strong). “It made women crazy!” Today we have Bumble, a dating app where women make the first move, and with millions of guys actively on it, it seems men don’t mind not holding the reins. (Looking to start dating after divorce? Here are 11 things you need to know.)

Nicole Kidman and Keith Urban would have stood out in the 1950s. “All the guys were a little older and a little taller,” explains Ziegler. Both stigmas have since dissolved, if not disappeared. (Online dating has changed everything; check out these 6 online dating lessons one woman learned the hard way.)

You’ve seen it in Elvis movies: She bats an eyelash, he cracks a joke, she sends him a coy smile. Flirting was more covert than overt, especially at dances: “The girls would walk around one way and the guys would walk around the other way,” explains Ziegler. “They’d look at you and you’d look at them and then someone would come over finally.” Today’s seduction dance is more likely to play out on smartphones, not face-to-face. You can get Insta-intimate by commenting on someone’s Instagram feed and sexting can happen even before the first date. (Whatever you do, never break these 14 Facebook etiquette rules.)

Old-School Rule: Only date with matrimony in mind

When Good was in high school, she dated and double dated for fun, but that changed in college. “We joined sororities and looked for husbands in the best frat houses,” she says. “Husband catching was first; careers were second.” Demographics and priorities have shifted. Women now get married later, some don’t get married at all, and the reason for dating is just as likely to be bedroom bliss as wedded bliss. (Here, 6 women open up about what it means today to be single in their 40’s.)

The Bachelor, The Millionaire Matchmaker, The Rules, Men Are from Mars, Women Are from Venus, and Google. Today, you can’t escape dating do’s and don’ts, yet in your grandma’s day it was more implied than talked about. “My mother and grandmothers were hush-hush on stating clearly and in detail the rules,” says Good. “They protected me as loving moms and grandmas did in those days with, ‘Always remember to act ladylike.’ I got their message!” (Speaking of silly rules, check out these 12 fashion rules for women over 40 that you should gleefully break.)

“In my generation, you know what the biggest relationship issue was? Religion,” says Ziegler. “You’re Catholic and I’m Baptist or you’re Jewish and I’m Catholic—parents did not go for it.” Besides faith, dating outside your race and culture ranked right up there, too.