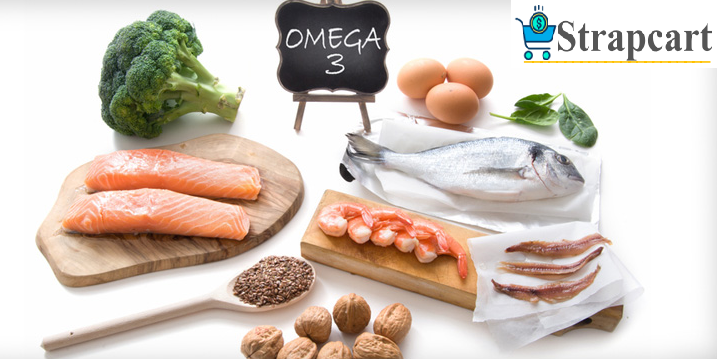 I love how “Bear Grylls” from “Man Versus Wild” knows the importance of protein.Probably, it is why he eats insects grasshoppers, Worms, Cockroaches, etc.

He acknowledges the fact that the insects are a sustainable source of proteins. [1]

He also admits the fact that our body can’t produce essential proteins, so it’s our responsibility to maintain a diet which offers us a sufficient amount of Omega 3.

But why do we need Omega 3?

Omega 3 fatty acid is one of the proteins which our body loves but can’t produce on its own.

The undersupply of Omega 3 fatty acid has a lot of health effects, but a lot of people curiously wants to find whether it affects sex life by inducing sexual disorders.

The short answer is “yes, it does.”Let’s discover the long answer— how it affects sex life.

When the arteries of the different parts of the body including the penis get clogged by plaque, your heart faces difficulty in pumping the blood.

Impaired pumping leads to impaired cardiovascular activity.Also, your penis has small arteries— the arteries which are prone to cardiovascular impairment.

It finally results in dull or no erection of the penis.Studies have found that Omega 3 fatty acids are known as plaque-neutralizers.

They lower the blood pressure by making way for smooth systemic circulation in the body.

Hence, adding Omega 3 proteins might help you in dealing with the significant sexual disorder— erectile dysfunction.

A severe mental state may prevent you from entering into the sexual mood.Good sex refers to a free mind and a better physiological condition.

Conditions such as anxiety, stress, depression are the worst factors which constrict your penile blood vessels and make it harder for you to get hard.The ultimate repercussion is erectile dysfunction.

It’s no brainer that Omega 3 enhances the cognitive function, and helps in regaining memory; however, there’s not much anecdotal study regarding how omega-3 protein assists in alleviating mood disorder. [2]

One of the studies suggests that Omega-3 fatty acid combats depression by suppressing the level of cortisol.

When a body has Omega-3 deficiency, there’s not enough protein for keeping the serotonin level up.

As a result, cortisol interferes and dominate over the happy hormone causing depression and corollary erectile dysfunction.

Thus, supplementing Omega-3 fatty acid to your body might be a great idea in dealing with impotence in men.

Inflammation in the various parts

The early symptom of Omega-3 fatty acid is inflammation in the body.Over the brief course, your body may develop inflammatory diseases such as arthritis.

In an arthritic condition, the penis of the men may get affected by the inflammatory properties of the disease.As the nerves of the penis are too small, they are susceptible to the damage.

The damaged arteries in the penis fail to carry the required amount of blood exposing you to the massive threats of erectile dysfunction.

The inflammation by arthritis has a terrible effect on women too.The pain largely reduces the sex drive, the urge to go for sexual indulgence, and unsatisfied orgasm.

Omega 3 has anti-inflammatory attributes which reduce the pain and make sex worth doing.

Some of the clinical trials unanimously promote Omega-3 fatty acid as the ultimate anti-inflammatory agent.

If you have been dealing with such sexual issues, there’s a possibility that you are not exposing yourself to these marvelous proteins.

If you have been longing to induce these proteins in your life, add fatty fish oil in your diet cycle.