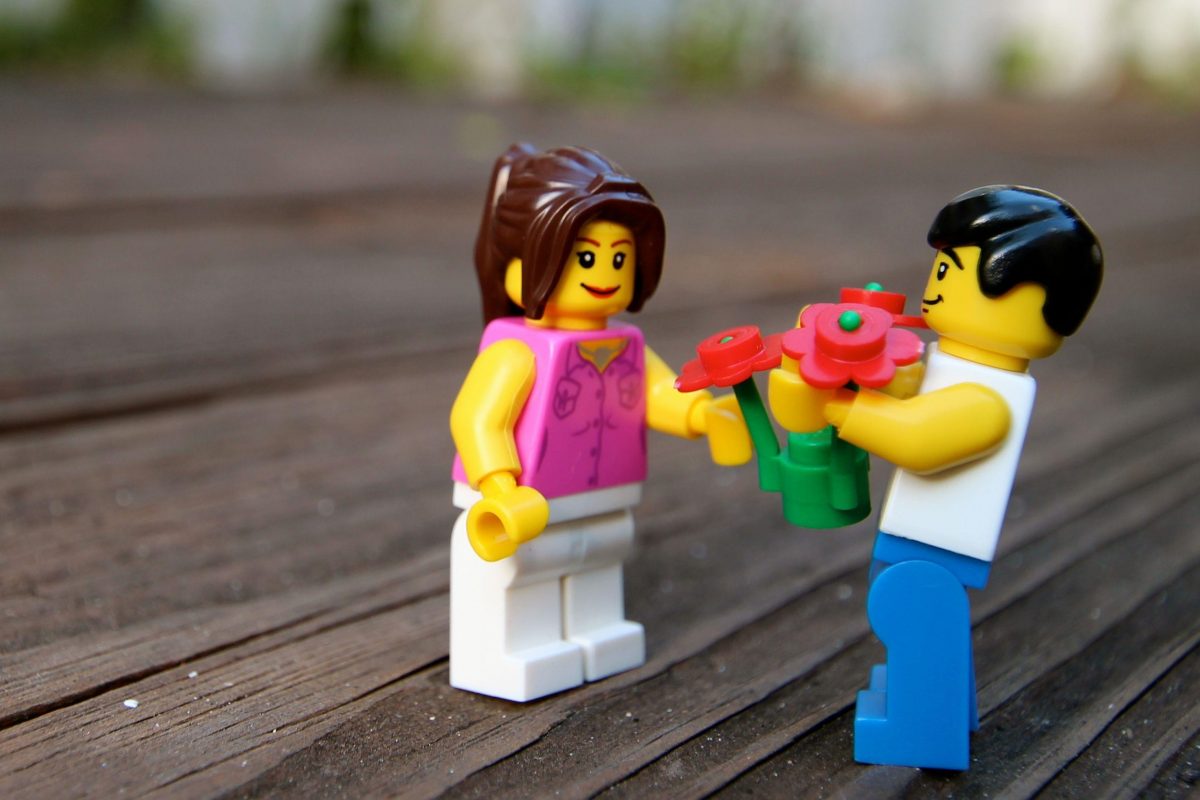 Here’s the truth: Every person is imperfect. You can’t make a person change. Therefore, you must love an imperfect person you can tolerate, or even appreciate.

With that said, whoever you choose to love, realize that you are also choosing to love a set of problems. There are no problem-free candidates. Problems are a part of any relationship, and you will have some sort of problems no matter who you love.

For example, Lacey married Andrew, who tends to be a tad loud at parties. Lacey, who is shy, hates that.

If Andrew had married Leah, they wouldn’t have even made it to the party, because they would be fighting about Andrew’s lack of help with the housework. This makes Leah feel abandoned, something that makes her stomach queasy. And Andrew would have seen Leah’s complaining as an attempt to dominate him.

But if Andrew had married Molly, he and Molly would have gotten into a fight before they even got to the party. That’s because Andrew is always late and Molly hates to be kept waiting. If someone is late, Molly feels taken for granted; something in her childhood made her sensitive about that. If Molly were to confront Andrew on being late, Andrew would have believed her complaining was an attempt to dominate him. That’s something he gets upset over rather quickly.

Since we are never perfect and our partners are never perfect, our imperfections are bound to cause two types of problems: solvable problems and unsolvable problems. Solvable conflicts can be as simple as setting up a relationship ritual such as a 5-minute coffee chat to feel more emotionally connected. Solvable conflicts reach a resolution and rarely get brought up again.

Meet John Gottman. He is the Muhammad Ali of relationships. During 40+ years of research on happily married couples, John was able to create a combo of techniques that produced a ridiculous 90% knockout rate in predicting whether couples would divorce within 10 years or not.

His heavyweight title showed that the happiest couples have persistent unresolved conflicts. In each one of John’s books, he points out this: The idea that couples must resolve all their problems is a fairytale.

According to Gottman, couples disagree on unsolvable neverending issues 69% of the time. These perpetual conflicts are a byproduct of the fundamental differences between partners—differences in personalities, needs, and expectations that are fundamental to their core definitions of self.

If couples cannot start talking about the unsolvable problem in a healthy way, the conflict may make the relationship emotionally clogged: unable to drain the tension between lovers.

The topic of the conflict doesn’t matter in terms of knowing if the problem clogs the relationship or not. It can be about anything. To an outsider it may seem like a very small issue, like not vacuuming the house. But within the relationship, it feels like a monster in the closet; too scary to open up.

Ironically, the more partners ignore the conflict, the more they have the same conversation over and over again. It’s like a dog chasing its own tail. Over time, partners become more and more entrenched in their positions and the friction between them grows. It may hit a point where there’s no possibility of compromise.

When a relationship is clogged, partners feel rejected by their lover. They feel like they can’t get through, like their partner doesn’t care or like to talk about the issue.

Conversations turn into the perfect storm: no shared humor, affection, or appreciation. Just winds and rains of frustration and hurt. If the storm lasts long enough, people start vilifying one another. Their thoughts become negative. They turn against each other. They see each other as selfish. All of this clogging eventually leads to a clog in trust.

Talking about the issue is like taking a plunger to the toilet; it releases all of the built up emotional tension. Despite the unpleasantness of the neverending problem, lasting happy couples are able to talk about the issue with a lot of positive emotions—laughter, affection, or even appreciation.

Breaks in trust tend to push partners away from each other. It doesn’t take a couple’s therapist to realize that the likelihood of infidelity and divorce is directly proportional to how miserable the relationship is.

Lack of safety = lack of communication

Often times, these perpetual problems never get talked about because one or both partners never feel safe enough to bring it up. Sometimes it’s due to past experiences in our relationships (even childhood) and other times it’s due to partners feeling neglected and lacking connection. This can prevent partners from being vulnerable enough to open up.

The goal is for each partner to understand the other’s dreams behind the position on the issue. For example, one partner may wish to save for traveling during retirement. The other may want to spend that money on an exotic trip now. You can continue to talk about the same issues, occasionally improving the situation for a short time but the problem will always re-emerge.

There is value to realizing that when choosing a long-term partner, you are choosing a set of problems you’ll be grappling with for the next 10, 20, or even 50 years.

When a relationship achieves a certain level of safety and one partner clearly communications that he or she wants to know about the underlying meaning of other partner’s position, the other partner can finally open up and talk about their feelings, dreams, and needs.

The whole goal should not be to solve every problem. It should be to work with each other in order to improve the relationship to the extent that you are left with a set of unsolvable problems that both your partner and you can learn to tolerate, and even cherish.

You shouldn’t need to feel the need to change somebody or yourself in order to love them. Nor should you let some disagreements get in the way of a healthy, and otherwise happy relationship.