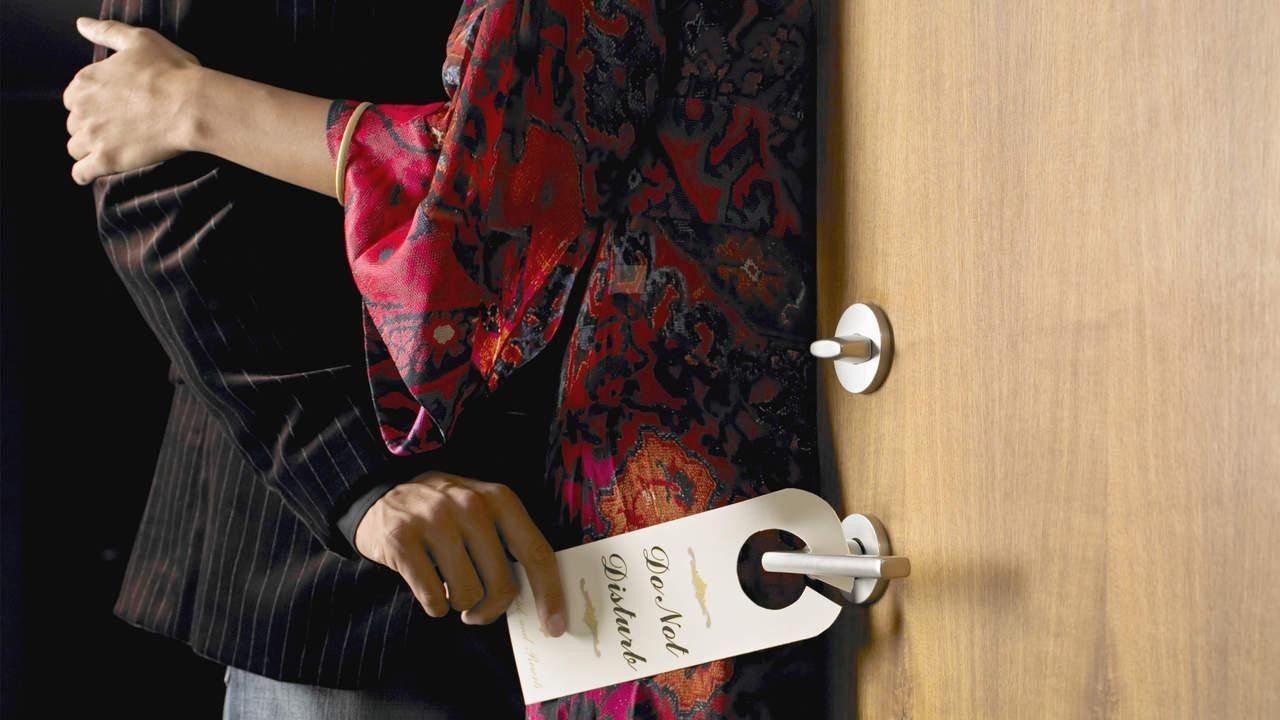 I’ve been with my husband for more than a dozen years. We first got together in our mid 20s, when both of us were still living with our parents and trying to figure out what to do with our lives. Early on, it was a frenzy of hookups in cars, on living room couches, and pretty much anywhere we thought we wouldn’t get caught. We latched on to the giddiness of a new relationship and let our 20-something hormones guide us.

wasn’t a conscious decision. Like many couples, our lives just got busy. We were tired. We were overworked. We’d be “up for it” at different times. One of us would be wide awake while the other couldn’t keep their eyes open. It started to feel like any physical intimacy was forced and we were doing it because we thought we should, rather than because we wanted to.

The longer we were together, the less often we had sex. Weeks turned into months, and eventually I realized we were only having sex on special occasions. At some point it hit me that I didn’t even know when the last time was.

Although I didn’t miss sex, I worried: Was there something wrong with me? Would my husband still want to be with me if I admitted I didn’t want to have sex? Was he not having sex with me because he didn’t love me or wasn’t attracted to me anymore?

Fast forward eight years. During that time we both went back to school. I changed career paths. We finally bought a house, and a year later we got married. And then we stopped having sex.

My husband didn’t seem too worried or upset, but my anxiety about the issue continued to grow. This wasn’t normal, right? If he wasn’t getting it from me, was he getting it somewhere else? It took me a long time—years of us very, very rarely having sex—to work up the courage to broach the subject. But one night, after dinner, I finally did it, even though I was terrified that talking about it might lead to a breakup.

I really tried to be casual and not make him feel like I was bombarding him. But I was nervous and totally failed at being casual; I just blurted out that I wanted to talk about our sex life.

We also talked about making time before we close our eyes to snuggle and be close to one another. (Neither of us likes to cuddle while we’re asleep.) Those have turned into my favorite times. We talk and share, we laugh and tease, and we are physically touching in a million different ways. It’s tender and perfect and means way more to me than sex. (Grow your bond with your partner with a massage using aromatherapy essential oils.)

We’ve now been happily married for four years, and I honestly can’t say how long it’s been since we last had sex. At this point it’s pretty much a non-issue, and it’s not something I think about very often. We made a decision that works for us and it has strengthened our relationship. We’re better at communicating, better at making time for one another, and better at making sure that time is meaningful. I now feel like I can talk to him about anything—and I do, sometimes to his chagrin.

So we talked. It was excruciatingly scary to make myself vulnerable, but I needed reassurance from him that it wasn’t personal. He admitted that he had similar insecurities and doubts about his attractiveness and the strength of our relationship. We ended up having the most honest conversation we’ve ever had about what we want, how we feel, and how sex had become something that wasn’t particularly important to either of us. We both admitted that we found it awkward and kind of unsatisfying. And we agreed that the time we spent cuddling together afterward was really the only thing we missed. (Find out how to be genuinely OK with less sex in your marriage.)

Once we realized we were on the same page, we were able to talk about other ways we could be physical and intimate with each other that had nothing to do with sex. I admitted that I missed kissing, but in the past I had felt like a tease because I didn’t want it to lead anywhere. Now I asked if we could make a point to do more than kiss hello and goodnight.

Of course, there are still moments where the worry creeps in, because our society treats sex like this be-all, end-all relationship marker for happiness, compatibility, and longevity. It’s taken a bit of brain re-wiring to be able to accept that it’s OK that our relationship doesn’t fit into other people’s prescribed notions for what a marriage looks like—but it doesn’t have to. We’re happy.