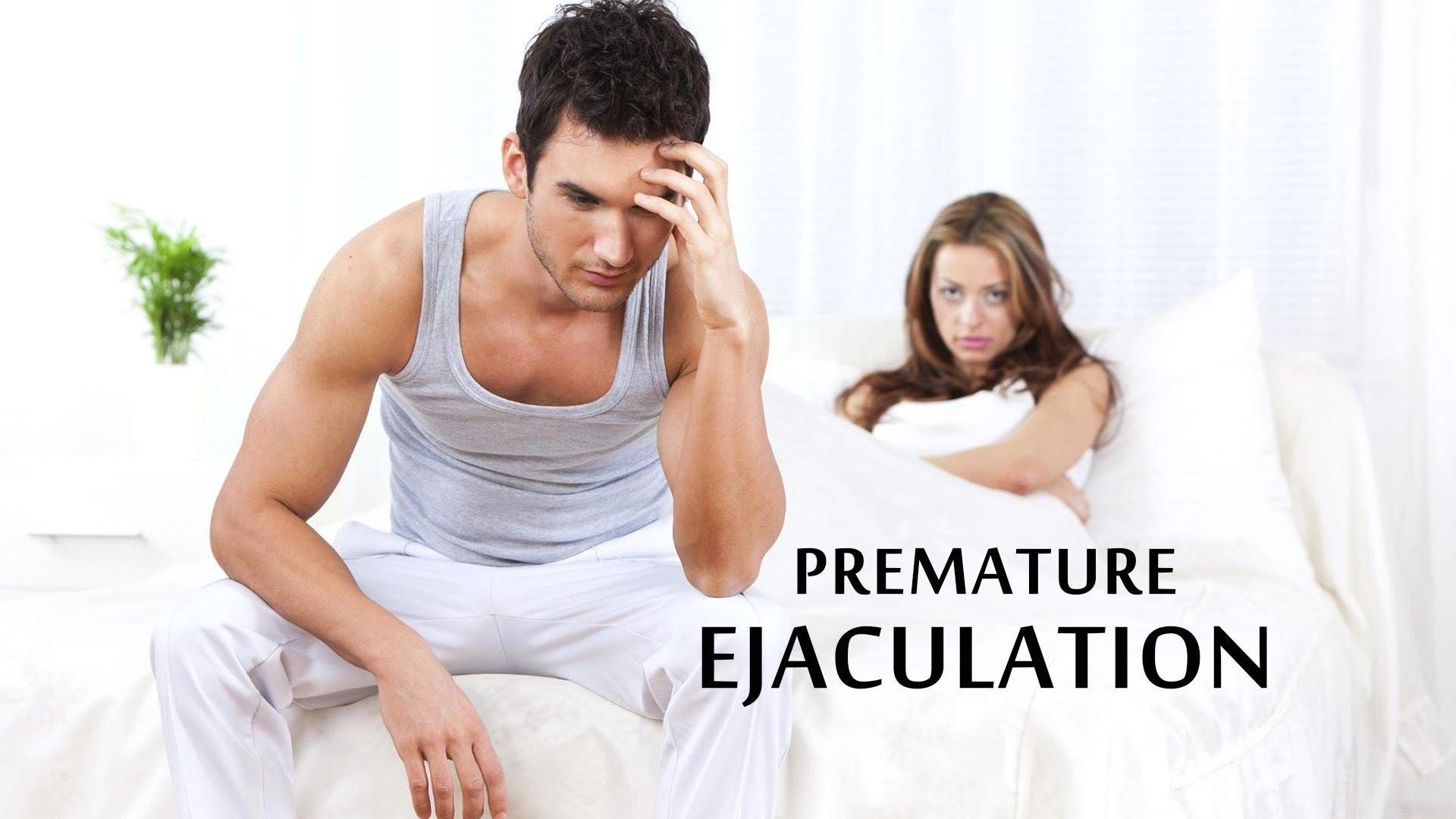 Premature ejaculation is uncontrolled ejaculation either before or shortly after sexual penetration. It happens with minimal sexual stimulation and before the person wishes. It may result in unsatisfactory sex for both partners. This can increase the anxiety that may add to the problem. It is one of the most common forms of male sexual dysfunction. It has probably affected every man at some point in his life.

Some doctors believe that early sexual experiences may establish a pattern that can be difficult to change later in life, such as:

Guilty feelings that increase your tendency to rush through sexual encounters

Other factors that can play a role in causing premature ejaculation include:

Erectile dysfunction. Men who are anxious about obtaining or maintaining an erection during sexual intercourse may form a pattern of rushing to ejaculate.

Anxiety. Many men with premature ejaculation also have problems with anxiety—either specifically about sexual performance or related to other issues.

Relationship problems. If you have had satisfying sexual relationships with other partners in which premature ejaculation happened infrequently or not at all, it’s possible that interpersonal issues between you and your current partner could be contributing to the problem.

The manual used by psychiatrists and psychologists for making a clinical diagnosis (known as the DSM-V) defines PE as a sexual disorder only when the following description is true:

“Ejaculation with minimal sexual stimulation before or shortly after penetration and before the person wishes it. The condition is persistent or occurs frequently and causes significant distress.”

However, a more loosely defined form of PE is one of the most common kinds of sexual dysfunction.

A doctor will ask certain questions that are intended to help them assess symptoms, such as how long it takes before ejaculation occurs. This is known as latency.

Results from surveys suggest that PE affects between 15 percent and 30 percent of men. However, there are far fewer medically diagnosed and diagnosable cases. This statistical disparity does not in any way diminish the discomfort experienced by men who do not meet the strict criteria for diagnosis.

Premature ejaculation, in some cases, can lead to depression.

In most cases, there is a psychological cause, and the prognosis is good.

If the problem occurs at the beginning of a new sexual partnership, the difficulties often resolve as the relationship goes on.

If, however, the problem is more persistent, doctors may recommend counseling from a therapist specializing in sexual relationships, or “couples therapy.”

No medications are officially licensed in the United States for treating PE, but some antidepressants have been found to help some men delay ejaculation.

A doctor will not prescribe any medicines before taking a detailed sexual history to reach a clear diagnosis of PE. Drug treatments can have adverse effects, and patients should always discuss with a doctor before using any medication.

Dapoxetine (brand name Priligy) is used in many countries to treat some types of primary and secondary PE. This is a rapid-acting SSRI that is also licensed to treat PE. However, certain criteria must be met.

It can be used if:

Side-effects from dapoxetine include nausea, diarrhea, dizziness, and headache.

Premature ejaculation can be classified as:

When to see a doctor

Treatments for Premature Ejaculation Include:

Practicing this idea will help you to know where your “point of no return” is so that during partner sex when you feel this sensation happening, you can back off either by “pulling out” to change sexual positions thus dulling your sensation for a moment or you can change your stroke (instead of thrusting in and out during sex you can leave your penis inside your partner and go in circles, which can be a bit less stimulating). Knowing what your “point of no return” feels like is crucial for gaining control over ejaculation.

In a controlled study in 2012 on premature ejaculation, men who couldn’t last for even one minute before ejaculating completed a 12 week course of pelvic floor exercises and were found to increase their ejaculation response time from 31.7 seconds to 146.2 seconds.

Researchers have found that Kegel exercises, which aim to strengthen the pelvic floor muscles, can help men with lifelong PE.

They also followed a set of individualized exercises.

After 12 weeks of treatment, over 80 percent of the participants gained a degree of control over their ejaculation reflex. They increased the time between penetration and ejaculation by at least 60 seconds.