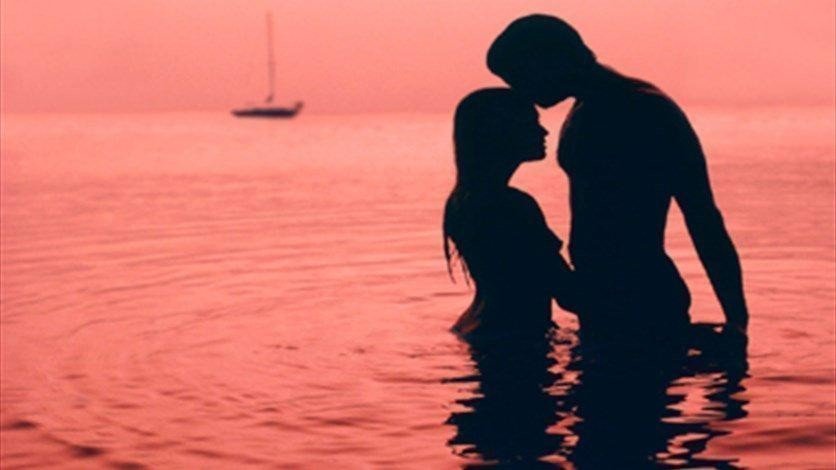 I’ll admit that while I’ve seen my share of cuckoldresses and hot wives over the years, I’ve only treated a handful of dominatrices. One dominatrix wanted out of the field, while the others had some difficulty separating their professional and personal personas. Nevertheless, I believe fewer dominatrices present for treatment in part, because as professionals they have comparatively less of an emotional investment in their relations as do the cuckoldress and hot wife. Dominatrices may also have more control over their contractual agreements because they were formed with clients, not their intimate partners. It’s always harder to deal with family.

A Shift in Power

Kraft-Ebing (1886/1965) believed that it made evolutionary sense that a man be dominant and a woman, passive. Men were to fight off rival suitors and other dangers, and to procreate. Women were to contribute to this process by voluntarily subordinating to men. Kraft-Ebing easily extrapolated from this that men tended towards the aggressive and sadistic, and women towards the passive and masochistic. This stance is somewhat in tune with both Freud (1905/1953) and Deustch (1944) who believed that females were innately masochistic and passive.

There are many facts and fallacies about dominatrices that I will attempt to clear up with the help of a few scholars (Brame, Brame, & Jacobs, 2009; Febos, 2010; Winemaker, 2008). They are as follows:

In Defense of Anxiety

Most of the dominatrices I have treated do not present as overtly anxious but their histories confirm a significant loss of power or control in their families of origin. This loss may have come in the form of abuse, sexual or nonsexual, or in the context of feeling powerless or “without a voice” in the family. In some cases, an abusive parent may have inspired a budding dominatrix to fear relinquishing control. Paradoxically, a passive parent who failed to intervene on a child’s behalf may have inadvertently provided the same level of inspiration for that child to grow up and demand the power position in an attempt to avoid further vulnerability.

There is relatively little in the academic literature on the cuckoldress and the hot wife. But both forms of female dominance seem to be gaining in popularity as made evident by my clinical practice and the Internet. A recent article in the Huffington Post (2014) entitled, “Cheating Wives on the Rise,” reported that female infidelity has increased over the past two decades. Why? According to Longhi (2011), author of When Women Cheat, “modern men are evolving into beta males, with lower testosterone levels and thereby being conditioned to accept female infidelity as normal, resulting in the biological rewiring of our ideals about monogamous love.” Baker (1996), author of Sperm Wars, contended that men are complicit in female infidelity: the excitement of a man’s female partner having sex with another man biologically compels the man to have sex with his partner in an attempt to compete with the other man’s sperm. In tune with Castleman (2009), I suspect that positive developments such as an increase in educational and economic opportunities for women also play a part. Women who can support themselves are more likely to risk having an affair, and spending more time in the work world affords them the opportunity. Power and control dynamics witnessed in one’s family of origin may also be a causal factor. I suppose it’s better to screw than to be screwed.

Cuckolding can also be mixed with other non-monogamous relationship arrangements with which it has substantial overlap such as swinging, open relationships, and polyamory. Again, it is distinguished from these concepts in that cuckold’s thrill in their partner’s acts is specifically masochistic. There are many myths about the cuckold/cuckoldress couple; the following list may clarify some of them:

Emanating from the swinger’s lifestyle, the hot wife is basically a married female swinger or a wife who has sex with men other than her husband with her husband’s permission. The hot wife is considered by many to be hypersexual and in some camps, a sex addict. Clearly she is less controlled than her fellow female dominants. She is much more liberal in her sexual control of her primary partner and may allow him to have frequent sex and to even join her in orgies or threesomes. She is far less likely than the cuckoldress to require her partner to wear a chastity belt. The hot wife is not as concerned with emasculating him as she is in reaching her sexual goals. While the hot wife and her primary partner will attempt to outline certain terms of their dynamic, formalized contracts are not considered as necessary as they are to the cuckold/cuckoldress couple. Let’s examine some of the characteristics of hot wives:

on the sexually passive men who strongly desire dominant women. As I’ve told my graduate and postgraduate students time and again, while this material may turn you off, the dynamics do exist and therefore should be taken seriously by anyone wishing to make treating couples a life’s work.

This is the third of a three part series of articles written on sexually dominant women and sexually passive men. And while most of the responses thus far have been favorable, it is clear that some men have taken exception to the subject matter. Most of these critics are of the belief that there is an institutional emasculation of men taking place in our society and that my articles contribute to this discrimination. I can assure you—the reader—that I do my best to present “what is,” rather than try to persuade you of “what should be.” I do at times warn about the potential pitfalls of certain behaviors, but my predominant objective is to present difference in all contexts; to inform you of the variety of characters who along with us all, participate in the daily theatrics of life. To perceive their behaviors as good or bad is left to you. I only ask that you accept their existence.

I also wish to make clear that while some sexually passive men might be of a masochistic nature, they are not necessarily “out of control.” On the contrary, the literature has found that men usually initiate this type of lifestyle, and try hard to convince their female counterparts to join them. Why? Because the humiliation they get is worth the arousal it brings. Remember, men seek out the services of dominatrices and gladly pay hefty sums for the opportunity to be sexually humiliated. Some male cuckolds actively solicit men to have sex with their wives and enjoy watching the action.

A third point that runs counter to the notion of institutional emasculation is the fact that some men actually punish their partners for refusing to take a sexually dominant role. For example, a couple presented for marital therapy because the wife had decided that she no longer wanted to practice BDSM in her marriage. Her husband preferred that she tie him down and whip him just prior to having sex. It’s easy to label this man a passive masochist. However, even to the utter dismay of his wife, he soon retaliated by cheating on her for abdicating her sexually dominant role. Is this man truly a martyr worthy of our sympathy? In his book Masochism in Modern Man, Theodore Reik (1944) claimed that men who engaged in punishing behavior did so as a way to “achieve a sense of victory through defeat.”

Some clinicians argue that even if a man possesses a strong desire to be sexually dominated in the ways described in this series, he should still be considered damaged or perverted; a perspective steeped in history. Kraft-Ebing (1886/1965) found male masochism to be a congenital disorder. Freud (1906/1953) contended it was a conversion of guilty feelings for the wish to dominate. Stoller (1975) found it to stem from early maternal humiliation. And Abrams and Stefan (2012) saw it as an adaptive response to abuse: anger and shame are integral to sexual arousal.

From the experience generated by my clinical practice, I’ve found that men who are attracted to sexual humiliation attempt to give their female partners to other men as a way to make up—in real time–for taking their mothers from their fathers as children. That is, when young these men were held too close to their mothers thereby supplanting their fathers. While this can produce erotica—being “the man of the house”—it can also lead to guilt for emasculating their fathers. As adults these men pay for their sins by giving their wives or girlfriends back to the deserved “real men” (i.e., their fathers).

Until this is revealed to a man wishing to make unconscious amends, there’s less of a chance this behavior can be controlled to the extent that it won’t completely ruin an adult relationship. The concept of control is vital because in reality the man doesn’t really want to lose his partner, just as he never wanted to suffer the complete loss of his mother as a child. Rather, he only wishes to “lend her out.” A psychic compromise, if you will. This is the somewhat paradoxical answer to why a man who has such a powerful desire to allow his wife to have sex with other men reacts so strongly if he in fact loses her to another man. It’s a compromise to the internal dilemma of apologizing for something he at least partially enjoyed. In this case: the dilemma of keeping or giving up one’s partner. And with any compromise, it’s far from perfect.