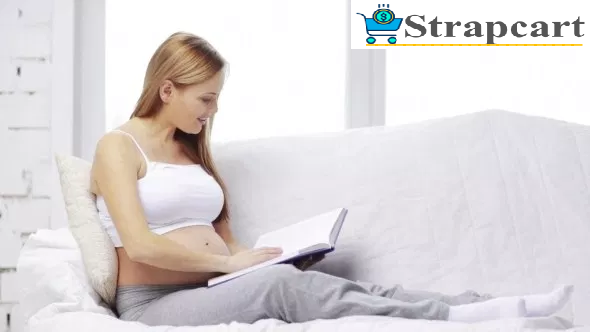 Pregnancy is one of the most beautiful feelings for women as it explores the new characteristic and personality— the personality of intensive care and possessiveness never shown.

However, it’s not the only changes that they feel.

They might feel changes in their sexual function— especially in the third trimester when they fear their body image or abstain sex due to protecting the baby.

As the behavior of pregnant women varies in all the three phases, the diminishing sexual desire or broken sexual function may put additional stress on the child.

So, is there a pattern on which women toil during pregnancy which limits them to having sex?

Has it something to do with psychological factors?

One of the Turkish research in 2013 reveals that a lot of factors act as parachute exercise which pulls off women from enjoying sexual sessions. [1]

The study reveals that 63% of women out of all the respondents had sexual dysfunctions while a whopping 90% of women couldn’t sexually arouse themselves for sexual activities (also referred to hypoactive sexual desire disorder).

As the review reveals crucial data regarding the sexual behavior of pregnant women, it’s imperative for us to find the real contributing factors. So, let’s hunt these factors down.

As pregnancy gives an entirely different shape to a woman— the form which isn’t cheered up in the society as it’s “engorged and bloated—” the woman feels insecure that the partner may lose interest in having sex or at the worst case the partner wouldn’t find her attractive.

It obviously instills fear and insecurity in the mental strata of women, thereby releasing cortisol in the body— the stress hormone which dominates the happy hormones which ultimately dampens the sexual mood.

Body image has been one of the primary concerns in the new world as women continue to abort a fetus to save themselves from bloatedness.

An anxious attempt to prevent fetus.

Not all women hate their body image during pregnancy; some consider themselves blessed.

Since no one can develop as close kinship as mother bearing a child, she refrains from having sex; however, experts believe that sex during pregnancy does not affect the child as long as the mother doesn’t have placenta issues.

There’s no way the penis of your partner will kiss or poke your child’s head because he has a defense wall of rigid cervix, uterus, and amniotic fluid.

Furthermore, the women who have had miscarriages in the past should avoid sex because excessive physical exercise may lead to early water breaking.

The low economic status kills the desire to produce.

The economic status of women admittedly decides whether she’s willing to take up the next sexual session.

If the women are running low on wages, and have a very little to support her and the upcoming child; she’d probably run low on sexual desires too.

Since she doesn’t have a sufficient amount of penny to satisfy her breadbasket, the added burden of the child— especially the non-consensual fetus will neutralize the libido.

Marriages not done as per their will.

While love marriages don’t go well with a lot of orthodox families across the globe, arranged marriages continue to fail miserably in all the fronts— including sex life.

A lot of women who get forced into arranged marriages don’t feel excited about their relationships and feel too uncomfortable with the new partner.

A fair part of women feels too shy to open up with their partners despite getting pregnant.

All in all, despite having several sexual sessions, the comfort level of the arranged partners don’t meet at a junction which ultimately reduces the sexual desire in them.

Often prevalent in developing and emerging countries, the women who don’t have adequate knowledge relating to sexual health and hygiene develop aversion and lack of desire for sex.

For example, non-lubricant sex may be painful for a lot of pregnant women and their lack of knowledge regarding the synthetic lubricants will further deteriorate their sexual desire.