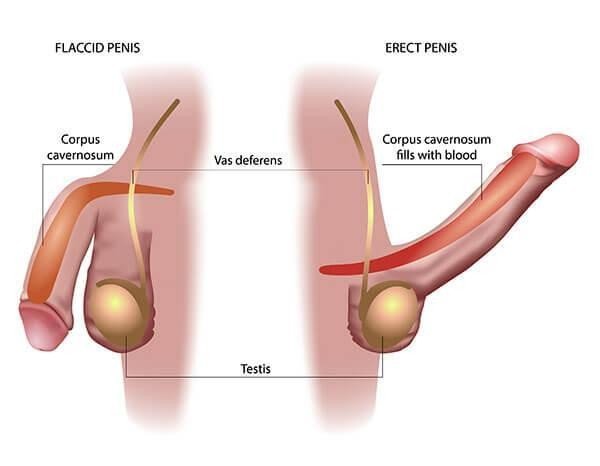 We’ve increasingly come to associate treatment for erectile dysfunction with medication, but the vacuum pump remains a viable option for many men. In this Sharepost I take a look at one of the older yet more established treatments for ED and weigh up its pro’s and con’s.

It is variously referred to as a penis pump, a vacuum device, or a vacuum constriction device (VCD). The kit itself is a fairly simple device comprising a plastic cylinder, into which the penis is placed, a manual or battery operated pump, and a band that is placed on the base of the penis to retain the erection. A good battery powered device is expensive at around $400 to $500, but they are said to work more quickly and are useful for men with arthritis or other conditions that may affect hand strength.

When placed over the penis, air within the device is removed by the pump. A vacuum is created which causes blood to be drawn into the shaft of the penis. Once erect, a band is placed at the base of the penis, and the vacuum is released. It is usually recommended that the band is removed after 30 minutes.

The main benefit of the vacuum device is its simplicity of use. Men who dislike the idea of taking medication, and who are able to use the device, find it is straight forward and effective. If erectile dysfunction is documented as a medical condition your medical insurance should cover the costs, or a least part of the cost, of an approved vacuum device.

Not all men should use a vacuum device. Anyone on blood-thinning medication, or with hemophilia, or anyone with a condition that could lead to priapism (a sustained and painful erection) should avoid its use.

Reported side effects include discomfort during pumping and tightness from the constriction band at the base of the penis. The band also causes a decrease in the force of ejaculation and the amount of ejaculate expelled. Once the band is removed, semen will dribble out. Some men have reported minor bruising and a few cases of injury have been reported by men who have purchased catalog devices that lack proper quality checks, such as a vacuum release valve.

The vacuum device is probably most effective for couples who are able to keep a positive view of its use. At the outset the device can look clunky and frankly a little off-putting. It takes a little time to get used to the device so it might be better for partners to work together and try to incorporate the device in their love making. There may be some concern over whether the device is doing its job as the resulting erection may only affect part of the penis shaft. However, if these issues can be addressed, the resulting success rates are quite good.

Various studies have looked into the long term outcome of vacuum device. On average, at least 50 percent of men report satisfaction, with some studies as high as 80 percent. Over time, drop out rates do tend to increase, but for some men the device remains an effective treatment for erectile dysfunction.

A vacuum device, which is sometimes used to treat erection problems (erectile dysfunction), is a tube made of plastic that fits around the penis. You coat the base of the penis with lubricant and insert the penis into the tube. Air is pumped out of the tube, which creates a vacuum. The vacuum helps blood flow into the penis, producing an erection-like state in about 5 minutes. A constrictive band is placed around the base of the penis to maintain the erection, and the tube is removed.

The constrictive band may be left in place for up to 30 minutes. If you want the erection to last longer, you may remove the band for a few minutes and then repeat the process.

Vacuum devices may block ejaculation. You can still have an orgasm but may not ejaculate (release semen).

Some men say the erection is “wobbly” or has a “hinge-like” feeling, since the tissues beneath the ring on the base of the penis don’t get hard. A small number of men consider this a major problem, and it may make penetration difficult.

A prescription is not needed to buy these devices. They are reusable and should be cleaned after each use.

What To Expect After Treatment

The device usually produces an erection, which goes away when the constrictive band is removed.

Why It Is Done

How Well It Works

Between 6 and 9 out of 10 men who use a vacuum device say that they are able to get an erection that is satisfactory for sexual intercourse.footnote 1

The vacuum device is less popular than other methods used for creating an erection. The number of men who are happy with the device ranges from 3 to 7 out of 10 men who use it.footnote 1

The risk of side effects is low, and they are usually minor. Possible problems may include:

What To Think About

Be sure to discuss using a vacuum device with your partner. It is important that both of you have realistic expectations of what the device can do. The vacuum device gives you an erection that may be suitable for sexual intercourse but is not the same as a normal erection.

Some men find the band around the base of the penis distracting or irritating during sex.