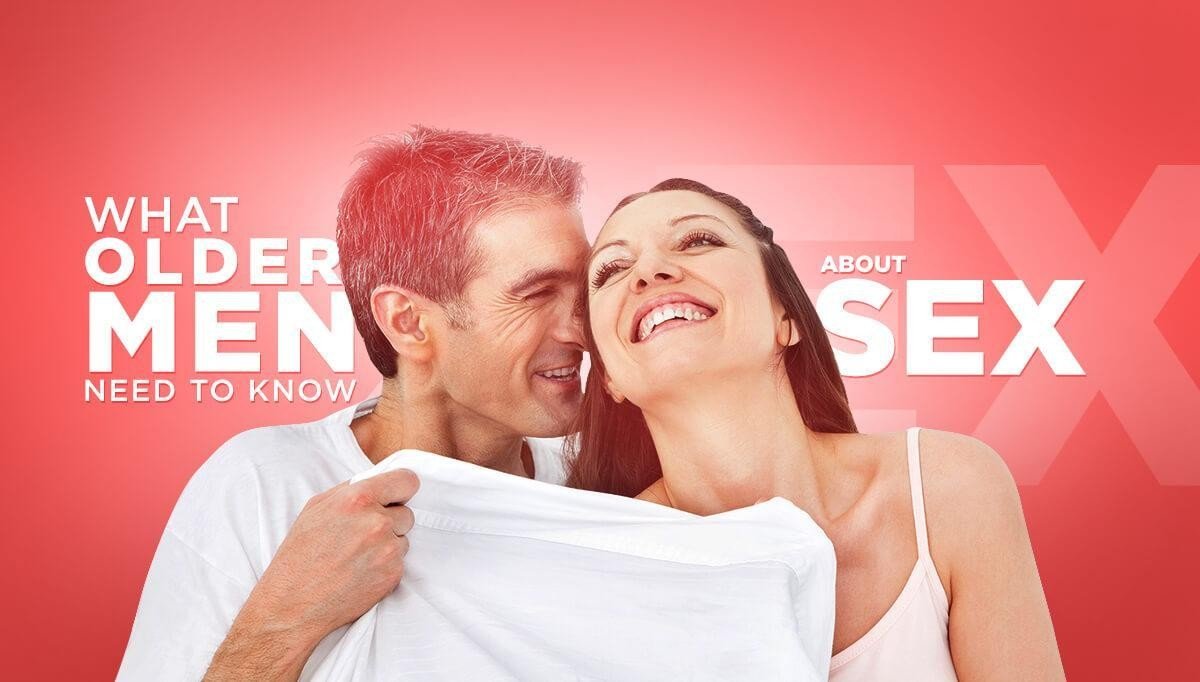 Aging can bring about a flood of changes. Some changes are good, and then there are other changes that aren’t too favorable. Unfortunately, sex may fall into this category. As we age, sex may bring on more complications and more frustration. For men particularly, one major obstacle many have to overcome is erectile dysfunction (ED). In fact, men who are 75 or older have a 77.5 percent chance of developing ED.

Why Does Sex Change as Men Get Older?

The fact is, as we age, we experience a decline in a few particular hormones. Declining testosterone, for instance, is a natural process that many men experience. Although researchers haven’t determined the precise connection, low testosterone levels have been associated with low libido. However, we’ve also noticed that this underlying issue can be affected by other factors. For example, alcohol abuse, emotional and mental stress, and depression all have negative effects on testosterone levels.

Aging also comes with the risk of developing other conditions that may lead to testosterone problems, such as thyroid gland disorders. The thyroid gland plays an important part in the production of testosterone, and certain disorders can disrupt its function.

Some men might develop circulatory issues, which can also present a problem. For one, blood gives each part of the body a dose of nutrients and vitamins. These are essential for proper functioning, and this may begin to fail with blood circulation issues. Keep in mind that blood circulation, as well as strong and healthy blood vessels in the penis, is vital for strong erections.

What Changes During Sex?

These many complications of aging can ultimately affect how you perform in bed. For one, you might begin to experience shorter and, sometimes, less satisfying orgasms. There might be noticeably low seminal fluid and a weak ejaculation. Younger men, tend to not need a long time to achieve another erection after ejaculation, but older men may have this issue.

Some men might also need a lot more stimulation before he is ready to participate in sexual activity. There may be a drop in confidence and in libido, which could negatively affect desire. It’s possible to start with a relatively strong erection but lose it in the middle of a session.

Aging comes with many changes for a man, and we believe it is important to keep up with all of them. You should definitely talk to a physician about some of these changes and how he or she can help reduce them. It could be as simple as making a few diet changes or changing a prescription. But if you continue to struggle with erectile dysfunction, we have a solution for you.

8  ways sex can be different with an older

Sex is a completely different experience with every person you have it with, which is what makes it so exciting every time you start to date someone new. Even though there will (most likely) always be variety in your sexual experiences, I have learned one thing to be true over the years (for me), which I used to think was a total myth: Sex with an older partner has always been more enjoyable than with a person my own age. I didn’t set out on a mission to prove this to anyone. It just sort of happened that way.

I haven’t always dated older guys, but in the last few years of my life I’ve fallen into relationships with people who are a bit older. My current partner, who I’ve been with for two and a half years, is 17 years my senior. My boyfriend before him was a decade older. In between the two I casually dated guys who had a few extra years on me. I’m here to report that some of the most memorable, mind-blowing sex I’ve ever had in my life was with some of these chaps. In fact, the first time I ever had an orgasm during intercourse was with my first older boyfriend, and it kept happening with most older guys after that. This didn’t happen because I was choosing guys who were especially gifted at knockin’ boots, but rather because these guys were simply more experienced.

This might not be true for all guys who are a little older — and I can’t speak for whether the same is true for older women — but it has certainly been the case for me the majority of the time. Here are eight ways sex is different with an older partner, from my own experience.

Just admit it. It’s tough to find a guy in his early 20s who knows what really happens in a woman’s body. I mean, they’re still on the hunt for the elusive clitoris. And when they finally find it, they don’t really understand how sensitive it truly is. It’s got twice the number of sensory nerve endings than a penis does, but good luck trying to explain that to them. A guy with several more years of experience under his belt (lol, literally) has witnessed firsthand how the female responds to different touches and stimulations. He’s probably also realized over time that there are endless ways a woman can get aroused, and that the clit and breasts are only the beginning.

Most of the guys I had sex with when I was younger only cared about climaxing, and that was that. Being new to the whole concept of sex, their focus remained on orgasming, which is totally understandable and normal. But I was introduced to a whole new world when my partner and I fooled around for the first time. It was about so much more than getting to the finish line. We played around with sex positions, experimented with location, and generally enjoyed the entirety of the act. The end was great, too, but that was only a small part of it.

Foreplay matters, and it’s about more than just preparing yourself down there. You caress, kiss, and touch in all sorts of places so you can feel connected to the person you’re currently with, even if they’re only your partner for the night. Dr. Ruth Westheimer, a psychosexual therapist and professor at New York University, told WebMD, “It’s particularly important for women to have successful foreplay because it takes a woman a longer time [than a man] to get up to the level of arousal needed to orgasm.” We need the extra few minutes to get ready for the main event. Guys tend to learn this lesson over time. It doesn’t just come to them when they’re beginners.

You could’ve probably guessed this one. While it’s not true across the board, older boyfriends are usually more curious creatures in the bedroom. It makes sense. They’ve been having sex for ten more years than you have, so they’ve got to mix it up to keep things interesting. Role playing, S&M scenarios, threesomes — you name it, and they’ll probably at least consider it before giving you an answer.

They’re a bit older and more confident in themselves, which means they’re not too shy to be honest about what they want in bed. This kind of honesty is exactly what keeps your sex life vibrant and interesting. Nobody is left to play the guessing game, which can eat away at you over time and make you worry that you’re not doing something right.

The first time my older boyfriend asked me outright what kind of foreplay I prefer, I couldn’t believe my ears. No guy had ever asked me that question. I almost didn’t know how to answer it because I’d never really sat down and thought about it. An older partner is more likely to have mastered the art of communication and learn how important of a role that plays in sex. Your orgasms will be better for it.

The real magic of sex doesn’t just exist in the midst of intercourse. What happens before and after add to the whole experience of sex, and older partners are champions at making those parts matter just as much. For example, they’ll probably take you out for a beautiful dinner, light some candles before you get undressed and turn on some sultry tunes, and maybe even make you breakfast the next morning (remember Carrie’s boyfriend Aleksandr in Season 6 of Sex and the City?). All of these little gestures make sex even sexier than it already was.