Buy Renodapt S 360mg Online Renodapt S 360 mg Tablet is a potent immunosuppressive agent. It is used along with other medicines to prevent the body from rejecting an organ transplant. 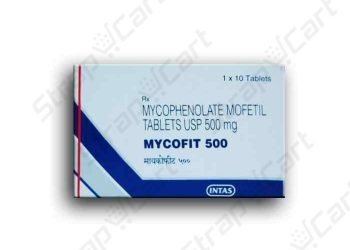 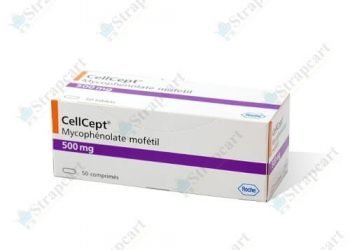 Have used Strapcart for over a year. Order response has been excellent. No issued with payment. Would recommend the organization for appropriate require.

Reasonably priced medication-this can be a godsend if your insurance is terrible or you don’t have insurance-Call you to confirm order.Take all kinds of payments.The medications are real and work as expected.

I have absolute trust in this online pharmacy. Prices are reasonable. Meds are genuine. Shipping is fast. Customer service is always helpful.Great product it really works!

Renodapt S 360mg Tablets is a major immuno suppressive agent which used to prevent from rejecting organ transplantation. The active moiety of Renodapt S 360mg tablets is Mycophenolate. Mycophenolate belongs to the class of drug called immunosuppressant. Immune system is responsible to fight the body against different disease. It shows is mechanism by inhibiting DNA synthesis in immune cells and prevent the rejection of organ at the time of transplantation.

Renodapt S 360mg How To Work

Renodapt S 360mg Tablet is an immunosuppressant. It reduces the action of body’s own defense system (the immune system) and prevents rejection of the transplanted organ.

What Is Renodapt S 360mg

Renodapt S 360 Tablet is used for Immunosuppressive, Prophylaxis of renal or cardiac rejection, Anti transplant rejection and other conditions. Renodapt S 360mg Tablet may also be used for purposes not listed in this medication guide.

Renodapt S 360mg How To Take

Take this medicine in the dose and duration as advised by your doctor. Swallow it as a whole. Do not chew, crush or break it. Renodapt S 360mg Tablet may be taken with or without food, but it is better to take it at a fixed time.

Take Renodapt S 360mg Tablet exactly as prescribed by the doctor. It is strongly advised to take this medicine under the supervision of a doctor with frequent monitoring of blood cell count and status of the transplant acceptance by the immune system. Avoid inhalation or contact with the skin. Contact your doctor immediately if you develop signs or symptoms of an infection.

Renodapt S 360mg tablets should not be consumed with following drugs:

Can be taken with or without food.

Should not be taken at the same time as antacids as they can interfere with its effects.

May cause birth defects so birth control is required in females with reproductive potential.

Renodapt S 360mg Tablet may also increase the risk of infection. Avoid being close to people with cold, flu or other contagious illnesses.

Protect yourself from direct sunlight by wearing protective clothing and applying a sunscreen with a high sun protection factor (SPF).

Store Renodapt S 360mg tablet in an air tight container at room temperature (25ºC). Keep away from the excess of heat and moisture. Do not freeze the drug.

“The ordering renodapt s 360mg process online was easy and hassle free. The items arrived very promptly and were as described on the website strapcart.com. Overall, very happy with the service.” – Lisa Mackenzie