Ivermectol 6mg Tablet is an antiparasitic agent which is used in the treatment of worm infections in the intestine and skin.Take this medicine as a single dose on an empty stomach.

Ivermectol 6mg Tablet is an antiparasitic agent which is used in the treatment of worm infections in the intestine and skin.Take this medicine as a single dose on an empty stomach. Do not use in children with weight less than 15 kg.

Indication = worm infections in the intestine and skin

Ivermectol 6mg Tablet falls under the group of drugs called anthelmintic. It is used to cure cases of strongyloidiasis; which are roundworm infections. It also effectively treats head lice, scabies and river blindness. Ivermectol 6mg Tablet works in the body by killing the developing worms and not the adult ones.

How Does Ivermectol 6mg Work?

Ivermectol 6mg Tablet belongs to broad-spectrum antiparasitic agents. It works by acting on glutamate-gated chloride ion channels which occur in invertebrate nerve and muscle cells. This effect increases the influx of chloride ions and causes hyperpolarization of nerve cells, resulting in paralysis and death of the parasite.

Take this medicine in the dose and duration as advised by your doctor. Swallow it as a whole. Do not chew, crush or break it. Ivermectol 6mg Tablet is to be taken empty stomach.

Side Effects Of Ivermectol 6mg

Oxcarbazepine = Inform the doctor if you are receiving oxcarbazepine, carbamazepine as these medicines decrease the effect of Ivermectol 6mg Tablet. Any symptoms of the increase in the severity of infection should be reported to the doctor. The dose adjustments or an alternate medicine should be considered based on the clinical condition.

Warfarin = Ivermectol 6mg should be used with caution due to increase in the risk of bleeding. Any symptoms of unusual bleeding, blood in stools and vomiting, dizziness should be reported to the doctor. The dose adjustments or an alternate medicine should be considered based on the clinical condition.

Before taking ivermectin, tell your doctor or pharmacist if you are allergic to it; or if you have any other allergies. This product may contain inactive ingredients, which can cause allergic reactions or other problems. Talk to your pharmacist for more details.

Before using this medication, tell your doctor or pharmacist your medical history, especially of: liver problems.

If you have traveled or lived in West or Central Africa, you may be infected with certain parasites (such as Loa loa, African trypanosomiasis) that could cause problems with ivermectin treatment. These effects could rarely result in serious (possibly fatal) effects on the brain (such as encephalopathy). Consult your doctor for more information.

This drug may make you dizzy. Do not drive, use machinery, or do any activity that requires alertness until you are sure you can perform such activities safely. Limit alcoholic beverages.

If you have a weakened immune system (such as due to HIV infection), you may need repeat treatments with this medicine. Talk to your doctor for more details.

Ivermectol 6mg is used to treat certain parasitic roundworm infections. Curing parasitic infections helps to improve your quality of life. In people with weakened defense (immune) systems, curing roundworm infections can reduce the risk of developing a severe or life-threatening infection. Ivermectin belongs to a class of drugs known as antihelmintics. It works by paralyzing and killing parasites.

Store the medicine in a closed container at room temperature, away from heat, moisture, and direct light. Keep from freezing. Keep out of the reach of children. Do not keep outdated medicine or medicine no longer needed. Ask your healthcare professional how you should dispose of any medicine you do not use.

Be the first to review “Ivermectol 6mg” Cancel reply 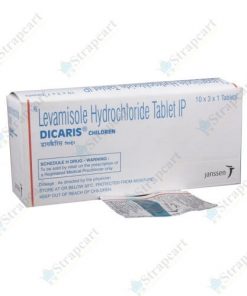 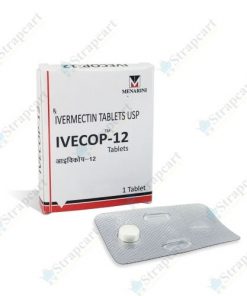 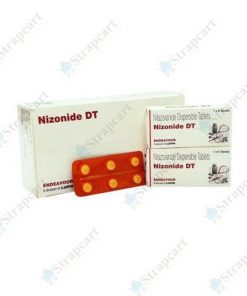 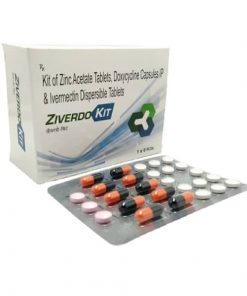 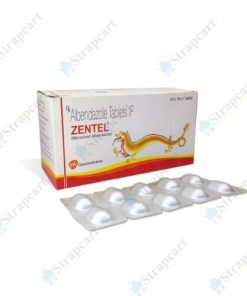 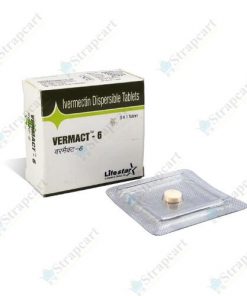 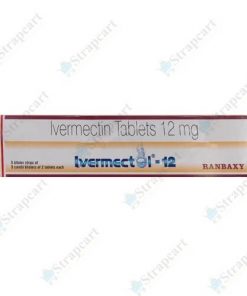 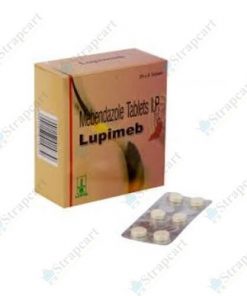