Zocon DT 50mg Tablet is an anti-fungal drug. It is used to prevent and treat infections caused by fungi and yeasts. It acts by stopping the growth and multiplication of these organisms.

Zocon DT 50mg Tablet is an anti-fungal drug. It is used to prevent and treat infections caused by fungi and yeasts. It acts by stopping the growth and multiplication of these organisms.

Zocon DT 50mg Tablet is one of a group of medicines called “antifungals”. The active ingredient is fluconazole. It is used to treat infections caused by fungi including yeasts. The most common cause of fungal infections is a yeast called Candida. You may be given this medicine by your doctor to treat genital thrush, an infection of the vagina or penis

How Does Zocon DT 50mg Work?

Zocon DT 50mg Tablet decreases ergosterol production by disrupting the activity of cytochrome P450, inhibiting the formation of the cell membrane of susceptible fungi like Candida and Micosporum.

To take the tablet, swallow it with glass full of water. Do not break or crush the tablet. Take the medicine with or without food, or ask your doctor in case of any confusion. HIV is usually treated with a combination of drugs. Take the tablet at the same time each day so as to avoid any miss dose.

Take Zocon DT 50mg Tablet antifungal medication strictly according to your doctor’s direction or according to the instructions on the medication label. Do not alter the dosage unless your doctor advises you to do so. Also, do not take this medication after the prescribed period is over. All medications come with a patient leaflet.

Side Effects Of Zocon DT 50mg

Severe skin rash which may include peeling, blistering and lesions of the skin

Liver problems such as yellowing of the skin or eyes, dark coloured urine, pale stools

Difficulty sleeping or difficulty getting to sleep

Gastroprokinetic Agent = Your doctor’s guidelines may need to be followed while taking this medicine along with cisapride, which is used to increase gastric motility. When Zocon DT 50mg is used with cisapride, there has been a significant increase in cisapride blood levels and abnormal heartbeat (prolongation of QTc interval). Use of both the medicines together is not recommended.

Antipsychotic Agent = There may be an interaction of Zocon DT 50mg Tablet with pimozide, which is used to treat mental disorders. When Zocon DT 50mg is used with this medicine, it increases the level of pimozide in the blood that may result in an abnormal and prolonged heartbeat. Avoid taking both the medicines together.

Opioids Analgesics = Zocon DT 50mg interacts with opioid analgesics (fentanyl and alfentanil), which are used to relieve pain. When Zocon DT 50mg is used with these medicines, it may lead to failure of the lungs to exchange carbon dioxide and oxygen. Due to the possibility of fatal outcomes, avoid using these medicines together.

Oral Hypoglycemics = Zocon DT 50mg may interact with oral hypoglycemics (tolbutamide, glyburide, and glipizide), which are used to lower the blood glucose levels. This medicine decreases the metabolism of oral hypoglycemic medicines and increases their level in the blood. When Zocon DT 50mg is used with these medicines, carefully monitoring of blood glucose levels is required. The dose of these medicines should also be adjusted in such patients.

Talk to your doctor before taking this medicine, if you:

Have had thrush more than twice in the last 6 months

Or your partner have been exposed to a sexually transmitted disease

Have liver disease, or have had unexplained jaundice (yellowing of the skin and eyes)

Have heart or kidney problems

Have low levels of potassium, magnesium or calcium in your blood

Have any other long-term illness

Have pain on passing urine, abnormal discharge or leakage from penis (men)

Have lower stomach pain, or pain or a burning sensation on passing urine, any abnormal or irregular bleeding or blood-stained discharge (women)

Pregnancy = Zocon DT 50mg Tablet is unsafe to use during pregnancy.

There is positive evidence of human fetal risk, but the benefits from use in pregnant women may be acceptable despite the risk, for example in life-threatening situations. Please consult your doctor.

Lactation = Zocon DT 50mg Tablet is safe to use during lactation. Human studies have shown that either the drug does not pass into the breastmilk in significant amount or is not expected to cause toxicity to the baby.

Zocon DT 50mg Tablet may cause dizziness or seizures. This may affect your ability to drive.

Kidney = Zocon DT 50mg Tablet is probably unsafe to use in patients with kidney disease and should be avoided. Please consult your doctor.

Caution to be advised in patients with impaired renal function.

Zocon DT 50mg Tablet is an antifungal antibiotic that is used against infections caused by fungus, which can affect any part of the body including mouth, throat, esophagus, lungs, bladder, genitals, and blood. This medicine is also used against fungal infection in people with compromised immunity such as that induced by cancer treatment, bone marrow transplant, or diseases such as AIDS.

Keep out of the reach and sight of children.Do not use Zocon DT 50mg Tablet after the expiry date which is stated on the pack. The expiry date refers to the last day of that month.

Medicines should not be disposed of via wastewater or household waste. Ask your pharmacist how to dispose of medicines no longer required. These measures will help to protect the environment.

Be the first to review “Zocon DT 50mg” Cancel reply 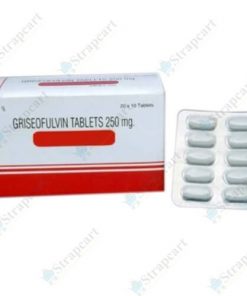 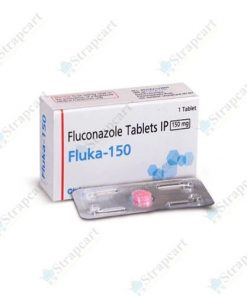 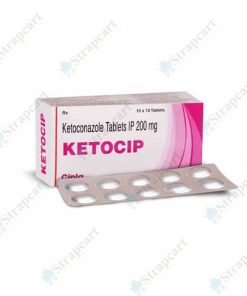 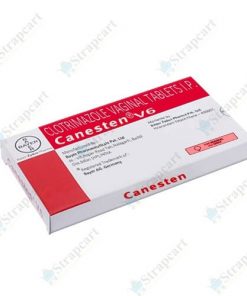 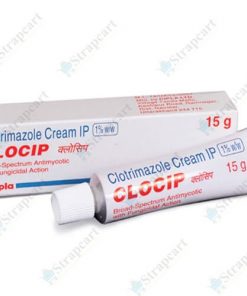 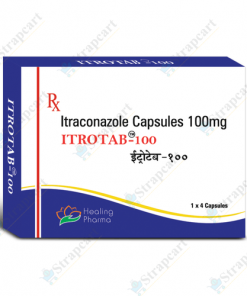 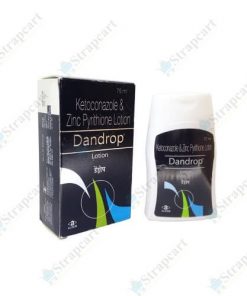